How mRNA Technology Could Upend the Drug Industry

I had been staring her in the eyes, as she had ordered, but when a doctor on my other side began jabbing me with a needle, I started to turn my head. “Don’t look at it,” the first doctor said. I obeyed.

This was in early August in New Orleans, where I had signed up to be a participant in the clinical trial for the Pfizer-BioNTech COVID-19 vaccine. It was a blind study, which meant I was not supposed to know whether I had gotten the placebo or the real vaccine. I asked the doctor if I would really been able to tell by looking at the syringe. “Probably not,” she answered, “but we want to be careful. This is very important to get right.”

I became a vaccine guinea pig because, in addition to wanting to be useful, I had a deep interest in the wondrous new roles now being played by RNA, the genetic material that is at the heart of new types of vaccines, cancer treatments and gene-editing tools. I was writing a book on the Berkeley biochemist Jennifer Doudna. She was a pioneer in determining the structure of RNA, which helped her and her doctoral adviser figure out how it could be the origin of all life on this planet. Then she and a colleague invented an RNA-guided gene-editing tool, which won them the 2020 Nobel Prize in Chemistry.

The tool is based on a system that bacteria use to fight viruses. Bacteria develop clustered repeated sequences in their DNA, known as CRISPRs, that can remember dangerous viruses and then deploy RNA-guided scissors to destroy them. In other words, it’s an immune system that can adapt itself to fight each new wave of viruses—just what we humans need. Now, with the recently approved Pfizer-BioNTech vaccine and a similar one from Moderna being slowly rolled out across the U.S. and Europe, RNA has been deployed to make a whole new type of vaccine that will, when it reaches enough people, change the course of the pandemic. 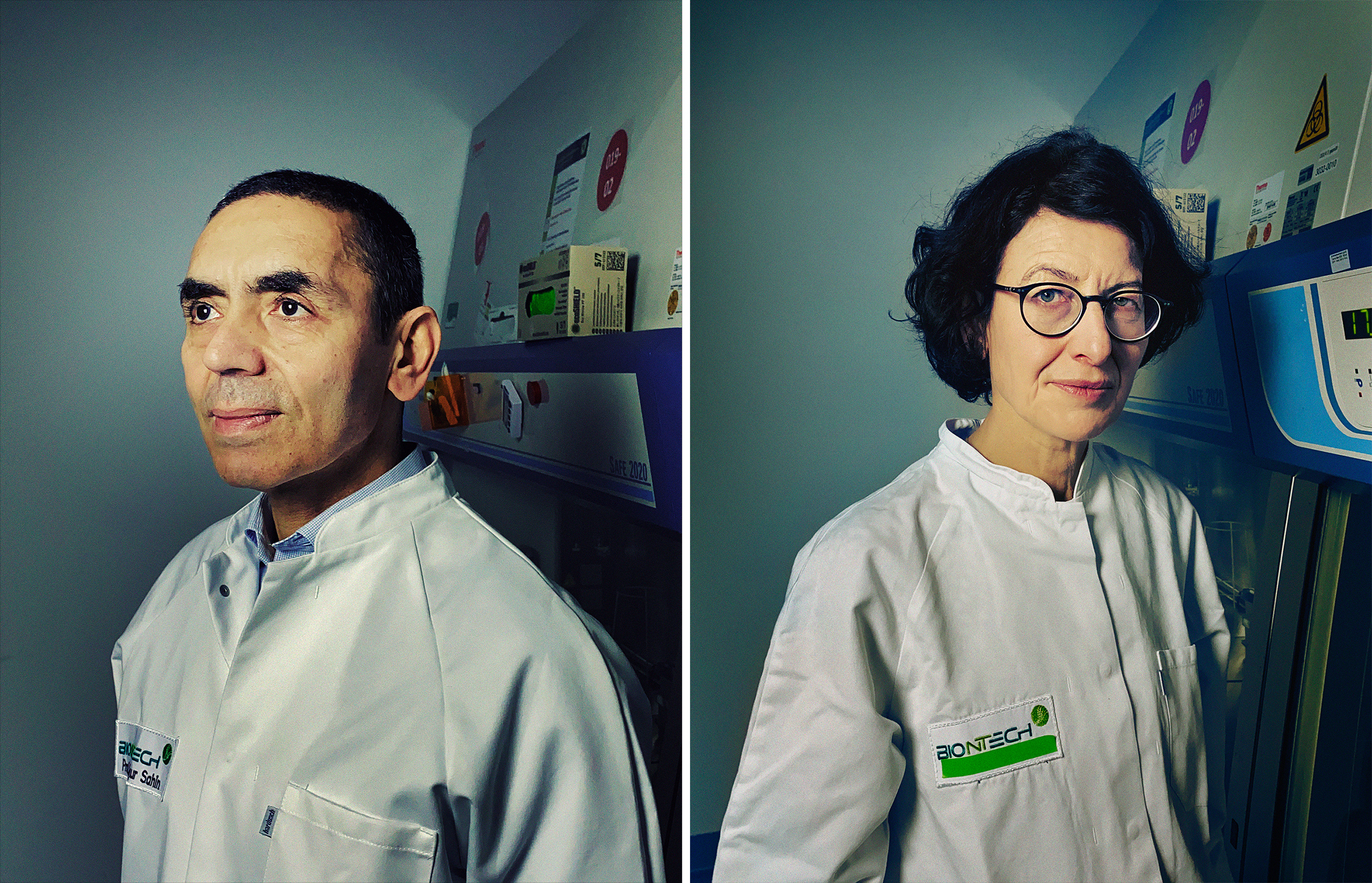 Drs. Ugur Sahin and Ozlem Tureci, Co-founders, BioNTech. In January 2020, before many in the Western world were paying attention to a new virus spreading in China, Dr. Ugur Sahin was convinced it would spur a pandemic. Sahin, who in 2008 co-founded the German biotech company BioNTech with his wife Dr. Ozlem Tureci, went to work on a vaccine and by March called his contact at Pfizer, a much larger pharmaceutical company with which BioNTech had previously worked on an influenza vaccine using mRNA. Less than a year later, the Pfizer-BioNTech COVID-19 vaccine…

Read More: How mRNA Technology Could Upend the Drug Industry

Bacteria Have Internal Clocks Too